Life is a blessing.

Easy to say when things are good and rosey. It’s a quote used by many to express gratitude. Life is a blessing. And that’s a fact!

I believe that blessings come from God. I believe in His goodness and protection. On Sunday afternoon, this became ever so true to me again after my son had an accident in his room.

We had Sunday school at home. I have been reading and teaching him to recite Psalm 23 verse 1. He is starting to say it. Hallelujah. I offered him a snack then went to use the bathroom. When I went to check on him, he was asleep in his highchair. Nap time. I took him into his room and put him on his bed.

I started cooking veggie soup; I chopped veggies and used the disposal to get rid of the waste. It was loud. I also had Dr.Bill Winston Faith conference on the tv and it was around the praise singing time. I checked on Timothy after I heard him talking about 15 minutes earlier. I told him that it was nap time and left him on his bed. After the potatoes and corn were boiling, I went to check to see if he had fallen asleep since he was quiet.

Nothing prepared me for what I saw. I opened the door quietly and there he was on his bed, sitting looking at me. In his hand was a small shoe ornament that was given to him as a Christmas gift in 2017 by Pastor Austin and his wife Rhonda. The tiny shoe was white with ‘Jesus Loves You’ written in blue. Timothy was calm. The dresser on the floor in front of him seem to be no surprise to him.

How did this happen? Was he pulling the drawers as usual causing it to fall? Was he crushed but crawled out? Did he scream and I did not hear him?

My mind did not move as fast as my hands and feet to step over the dresser and items including spilled water from his humidifier on the floor, picking him up and checking his body.

Thank you Jesus. Timothy was unharmed. Then I noticed small puncture on his forehead. By then I messaged my mom and his dad while holding him. GrandmaT said to use warm cloth to clean then apply ointment. He was okay and back to his busy toddler self when I left him to look for the Neosporin.

Hallelujah. Angels watching over my son! Thank you Jesus!

We know that we are supposed to nail the dresser to the wall. We got it since before his birth while we were living in an apartment. After noving to the house, I checked it and reminded my husband to secure it. We pulled and tried to tip it but it seemed sturdy; again securing it was put off. I did not nag my husband about it or tried putting it myself.

That was a Bad decision! We failed as parents to follow all the instructions and to use the secure screw that came with tje Walmart dresser.

I pictured the worse and bleseed God for his grace. Deon secured the dresser to the wall and I continue to apply Neosporin to his head. Timothy is fine and his wound is already healing.

I am glad that he was not crushed by the dresser. I am grateful that we found the security screw and secured the dresser to the wall. I am grateful to be alobe amd to tell other parents to be warned. Life is a blessing to be cherished and taken seriously especially when you have dependants. 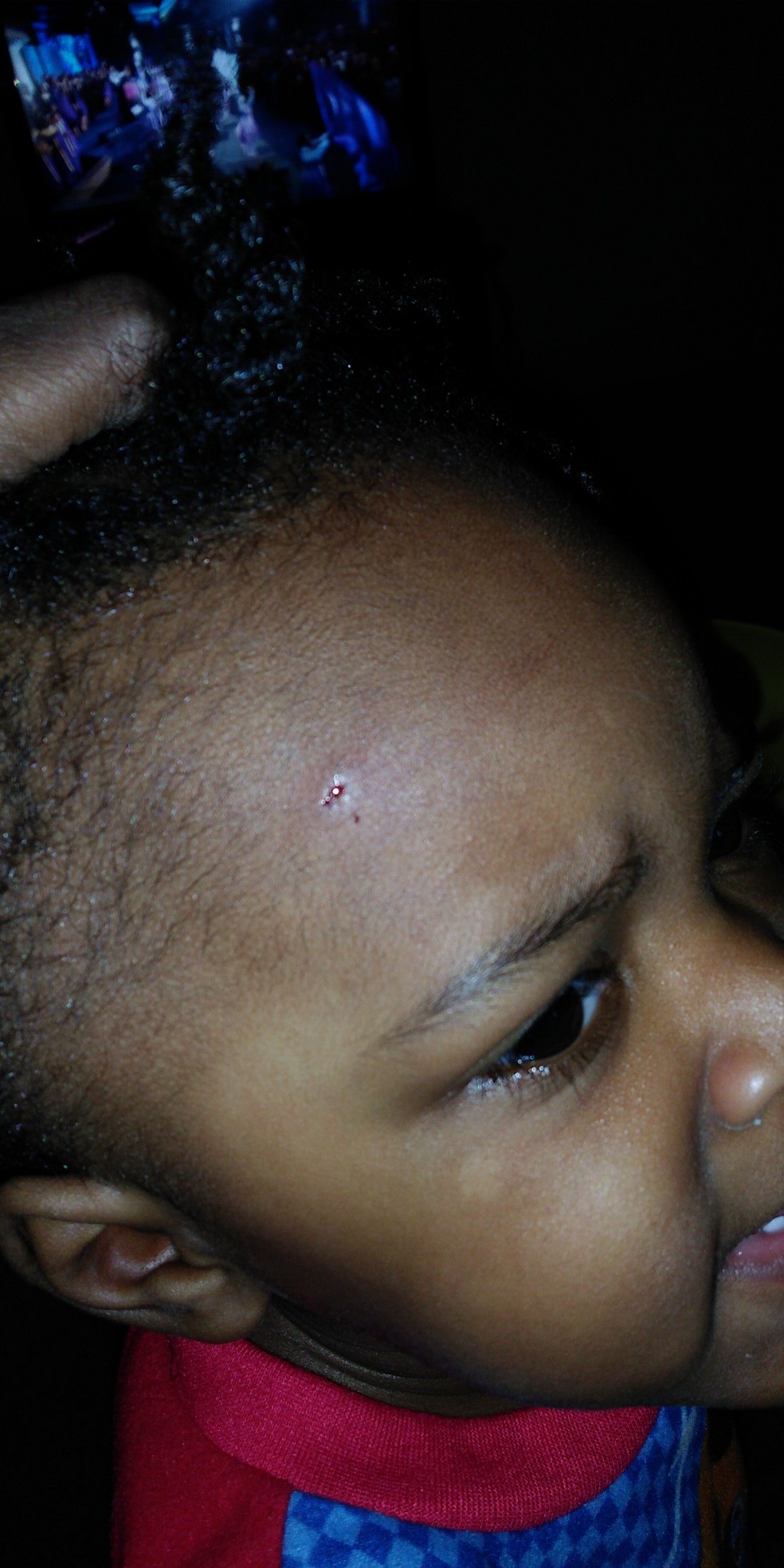